A young man wrongly accused of political conspiracy and sentenced to indefinite detention in a political prison escapes and attempts to exact revenge on those who were responsible for his imprisonment. 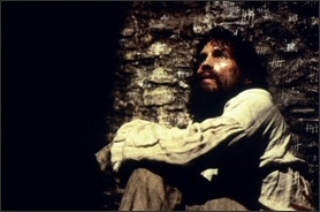 As The Count of Monte Cristo begins, the main character, Edmond Dantès, is a smart and skillful young sailor on a French merchant vessel called the Pharaon, which is owned by a respected Marseilles merchant named Morrel. When the ship docks in Marseilles after a long voyage, it soon becomes clear that she has encountered troubles along the way—not to the vessel itself but to her crew, which has lost its brave captain, Leclère, to brain fever during the journey home. Upon the captain's demise, command of the vessel transferred temporarily to Edmond, who handled the responsibility skillfully but committed what will prove to be a critical error by honoring the captain's dying request to deliver a packet to someone on the Island of Elba, where the former French Emperor, Napoleon Bonapart, has been exiled by King Louis XVIII, the current ruler of France.

Edmond Dantès is a smart and skillful young sailor who is convicted of being a Bonapartist agent and sent to prison, losing his home, his reputation, and the beautiful woman who was to be his wife, Mercédès.

It is this simple act, and Edmond's intention to fulfill the captain's other last request—to deliver an envelope to someone in Paris—that will prove to throw his life off its rails and send it on the long and arduous journey that the story details.

After making sure that the ship is safely in port and all the formalities of its docking are taken care of, Edmond races off to visit the two people he loves most—his father and his fiancée, Mercédès, a beautiful Catalan girl who loves him deeply. In doing so, he also encounters two of the four men who will soon become his mortal enemies—a false friend of the family, Gaspard Caderousse, and a hot-tempered young man, Fernand Mondego, who burns with an unrequited love for the lovely Mercédès (who is his cousin). Together with the supercargo on the Pharaon, a man named Danglars, who is jealous of Edmond's favored status as the front-runner to become the new captain, these two men will become part of a heinous act of subterfuge that will destroy Edmond's hopes and dreams regarding the Pharaon and the beautiful Mercédès.

On the day of the wedding between Edmond and Mercédès, but before they can take their vows, the festivities are rudely interrupted by a magistrate and several soldiers who arrest Edmond on the charge of being a Bonapartist agent, and therefore an enemy of the king—a charge fabricated by means of letter drawn up by Danglars and conveyed to the authorities by Fernand, the true nature of which is kept secret by the silence of Caderousse. Edmond is whisked away to face the deputy royal prosecutor, Gérard de Villefort, who might very well set him free out of pity if it were not for the contents of the letter that Edmond was asked by Captain Leclère to deliver to Paris—a letter that implicates Villefort's own father, Noirtier de Villefort, as a member of the Bonapartist faction.

Upon reading the letter (which Edmond himself has not read), Villefort realizes that if its contents become known to the king, suspicion (by association with his father) will fall upon him, and his promising career will be halted and possibly crushed. To ensure that such an eventuality is avoided completely and forever, he burns the letter and condemns Edmond to an island fortress called Chateau D'If, an ancient and forbidding place used for the detention of political prisoners.

Through the machinations of four wicked and selfish men looking out for their own interests, Edmond is disposed of and forgotten by all.

Thus, by the machinations of four wicked and selfish men looking out for their own interests—Danglars, Caderousse, Fernand, and Villefort—Edmond Dantès is efficiently disposed of and forgotten by all. And although Morrel appeals for his release during Napoleon's brief return to power, Villefort makes sure that the appeals are denied and that Edmond remains lost in the legal system. And when Louis XVIII again regains the throne after only 100 days out of power, Edmond's fate as a prisoner seems to be forever sealed.

Six long years into what appears to be a lifetime of imprisonment in the dungeon, Edmond makes the clandestine acquaintance of a fellow prisoner, the Abbé Faria, a cleric whom the jailors consider insane, in part because he is well-known for offering the governor tremendous wealth in exchange for his freedom. The acquaintance proves critical to Edmond's mental health, not only because it gives him someone to talk to but because Abbé Faria is clever, well-educated, and eager to pass on his knowledge—and he eventually comes to think of Edmond as his son. It also proves fortuitous for two other reasons: one, because the abbé leads Edmond to realize who has betrayed him and their reasons for doing so; and two, because the abbé claims knowledge of a secret cache of magnificent wealth hidden in a grotto on the small, rocky Island of Monte Cristo.

Six years into what appears to be a lifetime of imprisonment, Edmond makes the acquaintance of a fellow prisoner, the Abbé Faria, whom the jailors consider insane—but who is the key to his freedom and the possibility of revenge.

When the abbé dies before their mutual escape can be carried out, Edmond is devastated by the loss. But he is also committed to making one last, desperate attempt to escape, aided (sadly) by the death of his friend, whose place he takes in the burial sack before it is thrown into the sea. And it is by this means, and an indomitable will to survive, that Edmond escapes the Chateau D'If and eventually falls in with smugglers, proves himself a worthy comrade and seaman, and reaches the Island of Monte Cristo, where he finds the riches spoken of by the abbé—which the abbé bequeathed to him in full before his death.

As soon as Edmond is able to collect the riches and establish his wealth securely in the legitimate banking system, he sets himself to discovering what has happened in the community from which he was unjustly ripped and from which he has been separated for 14 years. In the person of Abbé Busoni, one of many aliases he will use in his quest to right the wrongs done to him, he extracts the truth from Caderousse, who is now an inn keeper and (like everyone else he once knew) does not recognize Edmond owing to the ravages of the prison and the years of aging which he has undergone.

After breaking free, Edmond learns the truth about his imprisonment and who was behind it and launches an intricate set of schemes to right the wrongs that have been done to him.

From Caderousse, Edmond learns that Abbé Faria was correct in his speculations regarding who betrayed him—that Danglars and Fernand are largely to blame, as is Caderousse himself for his inaction on Edmond's behalf. He also learns that: his father died of starvation owing to poverty; Morrel has suffered business setbacks that have left him nearly bankrupt; Danglars, Fernand, and Villefort have become rich and important men in Paris; and his beloved Mercédès abandoned hope of his return (thinking him dead) just 18 months after his arrest and entered into a marriage with Fernand that seems to have rendered her less than happy.

It is from this platform of knowledge that Edmond launches an intricate set of schemes to right the wrongs that have occurred in his absence and exact revenge on those who he finds responsible for his imprisonment, the death of his father, the ruination of Morrel, and the loss of his beloved Mercédès. His deep intelligence and thorough education under the tutelage of Abbé Faria allow him to skillfully employ various aliases in the execution of the plans, including: Lord Wilmore, Abbé Busoni, Monsieur Zaccone, "Sinbad the Sailor," and (of course) a wealthy and intelligent man of the world from whom the novel takes its name, the Count of Monte Cristo.

Aside from two brief and necessary excursions—one to Marseilles to save the fortunes of Morrel and the other to Rome to make the acquaintance of a well-known bandit named Luigi Vampa and set his schemes in motion—most of his vengeful mission is carried out in Paris, where the three principle culprits in his imprisonment now live. Villefort has become the king's attorney, Danglars has become a wealthy banker (and a baron), and Fernand's military and political exploits have brought him fame, wealth, and status in the form of a new title, Count de Morcerf.

By various acts of subterfuge and the clever social jujitsu made possible by his wealth and intelligence, Edmond is able to seek out, expose, and bring to ruin those who contributed to his imprisonment by their direct and indirect action. Villefort's family is decimated by poisonings instigated by his murderous second wife, and his honor is destroyed when a bastard son that he thought he had killed on the night of its birth years before appears (at Edmond's invitation), causes havoc in society, and exposes the attempted infanticide in the very courtroom where he is being prosecuted by Villefort. Danglars is left penniless owing to monetary pressures applied in secret by Edmond. Caderousse is murdered by the bastard child (his former fellow prisoner and co-conspirator). And Fernand is dishonored upon exposure of the political betrayal that gave rise to his fortune—leading to his abandonment by Mercédès and their only son, Albert, and ultimately to his suicide.

Although many other lives and events are touched upon and affected in the story, it is Edmond's effort to right the ship of justice that drives its engine. Consequently, he must be said to possess a regain intent. Specifically, his story does not involve the effort to retain his newfound wealth from some threat to his possession, which would involve a keep intent. Nor does it involve the effort to increase his great wealth, political position, or intellectual power, any or all of which would constitute gain actions.

Edmond is a regain character whose treasure is the balancing of the injustice done to him.

Because Edmond's efforts involve acts of great kindness (for example, restoring the financial fortunes of Morrel) as well as those of revenge, the issue at the heart of the story may be stated broadly as "repairing the personal damage caused by acts of injustice," where "personal damage" in this case includes both the deleterious effects of injustice done to innocents and the successes achieved by the wrongdoers. And since Edmond is portrayed as undeserving of the injustice visited upon him, he is entirely sympathetic, and the storyteller appears to consider his quest advisable. Consequently, the proposition of The Count of Monte Cristo can be stated:

In the end, Edmond succeeds in his complicated efforts to repair the damage wrought by those who wronged him. Morrel is restored to financial health, Villefort is driven insane, Danglars is rendered a penniless outcast, Caderousse is murdered for his selfishness, and Fernand is dishonored, abandoned, and killed by his own hand. In the process, lives of others are made better or worse according to their integrity, and Edmond ends up with a beautiful woman who loves him—not Mercédès, who returns to Marseilles, but Haidée, the daughter of Ali Pasha of Yanina, the man whom Fernand betrayed in his quest for power.

Edmond succeeds, and we are pleased that he does so; therefore the novel represents a succeed/pleased story.

In The Count of Monte Cristo, therefore, the main character succeeds, and we-the-audience are pleased at his success; therefore, the story is planted firmly in the realm of succeed/pleased stories. And because the collateral damages are few, the ending may be said to be happy.