The Escape from Deterministic Darkness

File these thoughts under "Why Life is Perpetual Surprise" or "How to Dislodge Your Mind and Get Back to Creating When It Seems Like the World (and Your Story) Is Already Completely Known." 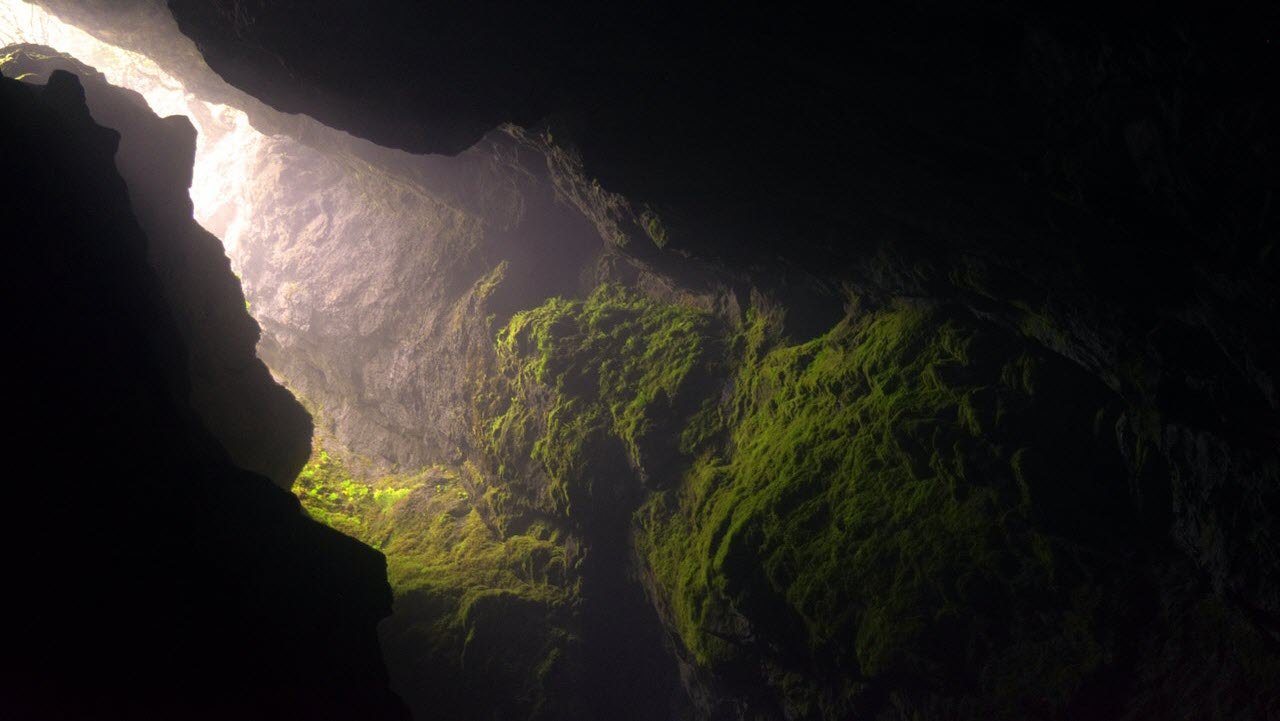 In Rational Defense of the Epiphany

In his 1997 book, The End of Certainty, physicist Ilya Prigogine (Nobel Prize in Chemistry, 1977) thrusts a well-honed sword deep into the heart of "Laplace's Demon" and leaves it lying motionless at the mouth of its cave. In layman's terms, Laplace's Demon is the notion that if you knew the position and momentum of every particle in the universe at a given point in time and also knew all of the equations governing movement and interaction, you could predict the exact state of the entire universe at any point in the future—as well as reconstruct its state at any point in the past. Or, as the marquis Pierre Simon de Laplace himself put it:

"We may regard the present state of the universe as the effect of its past and the cause of its future. An intellect which at any given moment knew all of the forces that animate nature and the mutual positions of the beings that compose it, if this intellect were vast enough to submit the data to analysis, could condense into a single formula the movement of the greatest bodies of the universe and that of the lightest atom; for such an intellect nothing could be uncertain and the future just like the past would be present before its eyes."

"Laplace's Demon" is the idea that the exact state of the universe (and, by inference, all human affairs) is set in existential stone. In other words, the future is knowable, we just don't know enough to know it.

Although Laplace never actually referred to his hypothetical "intellect" as a "demon" (that tag was applied later by his biographers), the image makes sense given the era in which he lived (1749–1827). For those of us who dwell in the 21st century, the analogous "intellect" is more likely to be thought of as a computer. Regardless of image, however, the notion is important, because it implies that the future state of the universe (and, by inference, each event in every human life) is already set in metaphorical stone. In other words, the future is completely knowable—we just don't know enough to know it. Our inability to predict what will happen in the future is merely the consequence of our limited capacity for knowledge. (No offense.)

Most people find the notion of a deterministic universe somewhat grating, because they like to think of themselves as having free will. And the idea tends to be especially noxious to storytellers and other creative artists, who are prone to favor the idea that their works arise, at least in part, from shining sparks of chaos rather than the lock-step, if/then march of Nature.

If Laplace was right, then free will is merely an illusion.

But there it is—an idea put forth by a scientist and mathematician on the order of Isaac Newton. And if it is true, then free will is merely an illusion, because every action we take is already determined. And the idea of artistic creativity is a lie. Those of us who create new works are merely carrying out the predetermined orders of the universe.

As a physicist specializing in non-equilibrium thermodynamics, Prigogine was an expert in entropy—the tendency of the universe to move toward increasing disorder (think of your office desk or kitchen table). And that expertise led him to argue that the world of science treats time incorrectly. Specifically, he proposed that time is not a "fourth dimension" through which one can move back and forth and that it is, in fact, something special, with a directional arrow that points only one way... into the future. You can't un-brew a pot of coffee or un-mix a milkshake (or un-send that email you fired off in a moment of anger—a word to the wise).

Enter Ilya Prigogine, armed with a Nobel prize in chemistry, to argue that the world of science treats time incorrectly—and that the world is not deterministic, it is probabilistic.

The implications of Prigogine's premise are profound, because if it is correct, then the universe is not deterministic at all. It is probabilistic. The Demon is free to predict what might happen, but he can never predict what will happen. In other words, it's not that the future is knowable and we just don't know enough to know it. It's that we cannot know the future because it is, by its very nature, unknowable.

Time to warm up that coffee now. (And keep in mind, you can't un-warm it. You can let it grow cold again, but that's not the same thing.)

It's not that the future is knowable but we don't know enough to know it. It's that, by its very nature, it is unknowable.

It is doubtful that Prigogine had the world of storytelling in mind when he formulated his arguments, but his premise has deep implications for the inhabitants of that world, especially when it comes to inspiration—that exhilarating rush of creative power that surprises the writer with insights that cannot be reached by methodical plotting. Every writer who has ever had a true moment of epiphany when writing a story knows that breathtaking rush. It comes out of nowhere and assembles an array of seemingly disparate elements into a unified truth that is greater than the sum of its parts—a truth that cannot be reached by a staircase but must be flown to on the wings of inspiration.

The problem is, of course, that inspiration can be fickle and elusive. It can be hunted for but never trapped and tamed. And those who seek to lure it into the open must use as bait the one great delicacy it cannot resist—an open mind. But the very idea of a deterministic universe, where the fate of every creature is unchangeable and creativity is an illusion, is a rationalistic mind-closer of the highest order that shutters the great open windows through which inspiration flies.

The more a writer clings to rationalism, the more susceptible he becomes to the idea that inspiration is a value-less illusion.

And the longer the writer remains shuttered in rationalistic darkness, the more susceptible he becomes to the idea that inspiration is a value-less illusion—and that what matters in life is the solid and measurable face that the universe presents to those who choose to observe it strictly in terms of its particulars. And when the idea takes hold completely, it commences a virus-like replication that can sweep through the writer's entire creative mind, choking all non-rational notions into oblivion.

Is there any hope of salvation for a writer who falls prey to the clutches of deterministic thought? The answer is yes, absolutely. Sometimes, it comes in the form of a life-wrenching personal event—something unexpected that shakes the foundations of the writer's life and causes him to rethink its every aspect, including the dark, smothering funk of determinism. But since one cannot always count on such an event to occur, it is handy to have a ladder nearby—a step-by-step, if/then path out of the darkness.

And that is what Prigone's premise provides. In a nutshell, it looks like this:

Feel free to pass it on.